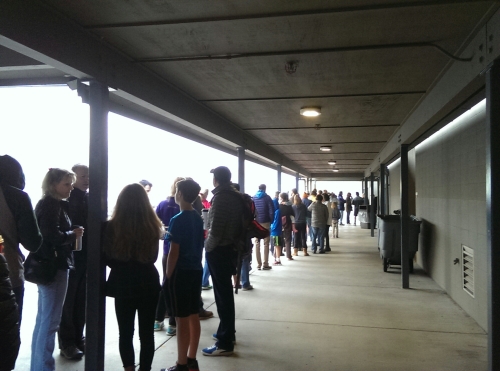 A jamming band and fall colors. Last before the Harvest Market in November. You’ve got til 3 pm to come out! 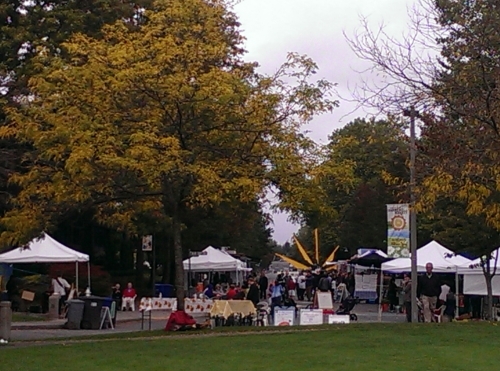 You’ve got to be kidding me. Here’s the Mercer Island gov alert.

UPDATE: As of 8:45 am Monday, the City says the Mercer Island boil water advisory is lifted and all water is fine.

The Mercer Island Reporter tells us schools will be closed Monday.

QFC north island has plenty of bottled water. They must have gotten a shipment (apologies if you saw an earlier and somewhat vulgar autocorrect) since yesterday, I heard about a run on water yesterday afternoon. 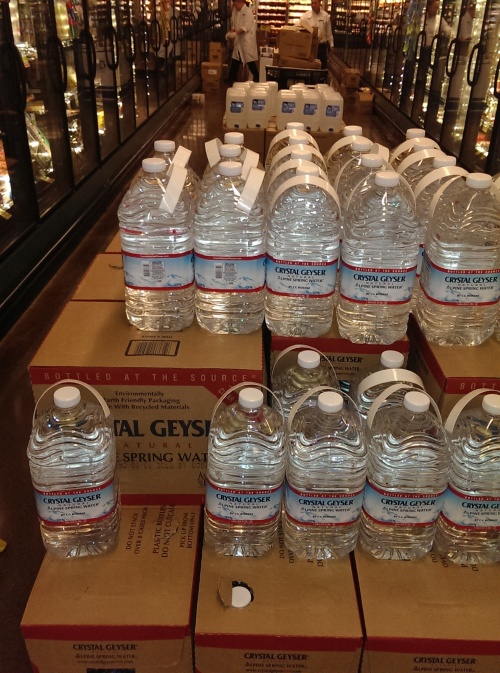 Looks like they had to wipe out a LOT of veggies though:

Next update expected from the city at 8 am Monday. 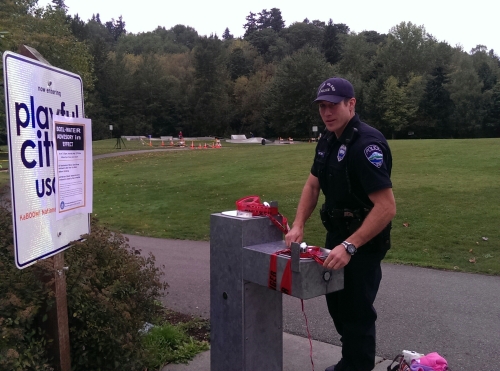 There’s no farmers market here in Mercerdale, and a policeman just taped off the water fountain. The e coli warning is forcing folks to continue to boil water for drinking.

At 3 p.m. today the City posted a notice that residents should boil all drinking water because routine water tests showed the presence of the E. Coli virus. Best guess from the City is this alert will last through Monday at least.

I found out a little after 4, much the way many folks probably did: from a neighbor. I texted some friends on the Island and told another neighbor. Yet another neighbor sent their son door to door to make sure people knew.

Great to see neighbors reaching out, but it does seem that there’s got to be a better way to alert folks for something that might kill kids or older residents. The first neighbor found out through a text alert from King 5. Sign up for those if you want to get such alerts.

There are no hard numbers of what the concentration of E.Coli was discovered to be, nor what’s a safe amount. At this point the safest thing is to boil or buy any water that goes in your mouth, including brushing teeth. So far, no reports of sickness. Let’s hope it stays that way.

Two really interesting notes in the Seattle Times article. First,
Water is delivered to the island through a 16-inch pipe that runs from the Eastside over Mercer Slough and along the Interstate 90 bridge, but no signs of E. coli have been found in the utility’s water system outside Mercer Island, said SPU spokesman Andy Ryan.

One pipe for the whole Island. That’s a less redundant system than I would have expected.

How’s that happen? I guess that’s the question right now.

If you’re slightly obsessed with Mercer Island history, as I am, you’ll want to check out this map from 1890. 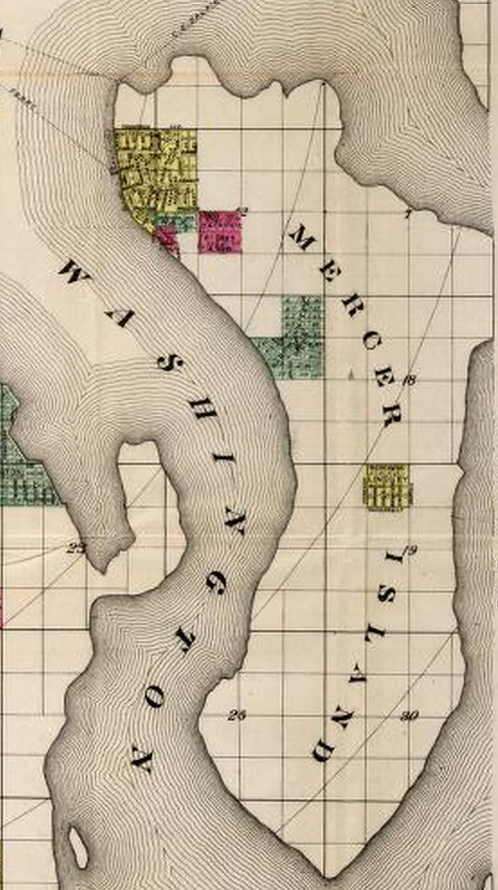 I came across it again on the David Rumsey map collection, which has a number of old Northwest maps. You can zoom to many interesting features. Let’s start in North Island:

Mercerdale was the first neighborhood settled in Mercer Island. Here you can see it labeled “East Seattle,” with the large red square labeled “Caulkins Addition.” Thompson Ave, which I believe is now SE 24th St, is at the top of the main subdivision. 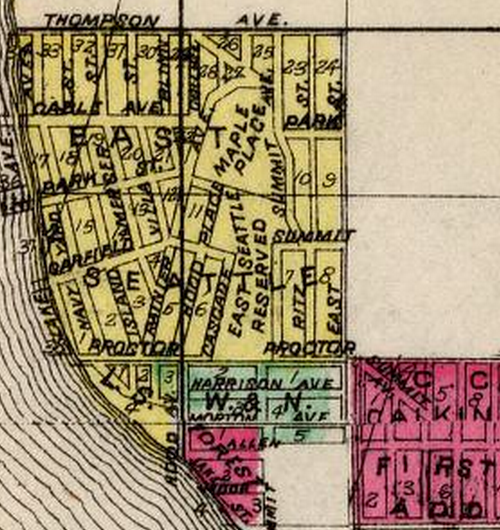 Mid Island was the next subdivision. The yellow is an area around the current library. It seems no coincidence that the subdivisions are about the size of our current parks: Island Crest and the three squares of Pioneer Park. 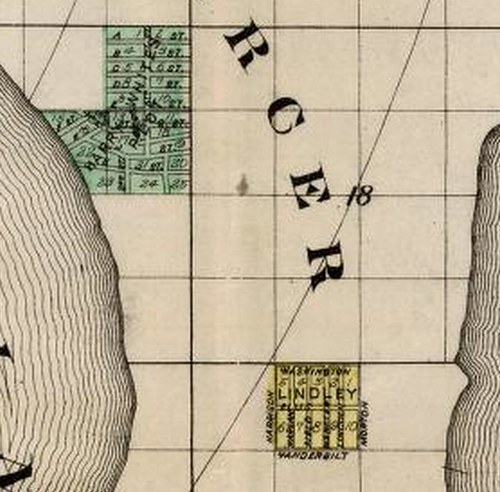 Ah, the ferries, always an interesting aspect of early Mercer Island life. Of course this was pre-bridge, so the Island must have felt much more remote then. This zoom shows the three ferries coming to Mercer Island: two to the landing dock just north of the Roanoke Inn, from Leschi and Bellevue, and a second ferry from Leschi straight into Mercerdale. 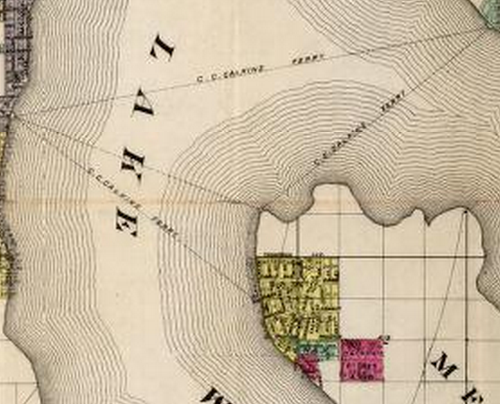 Fascinating. Check out the map on the Rumsey site, and go ahead and buy one if you’re so moved. And if you come across any other good maps or Mercer Island history, let me know.