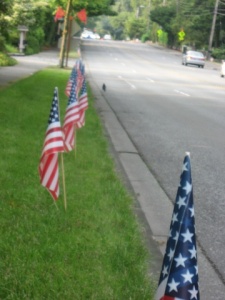 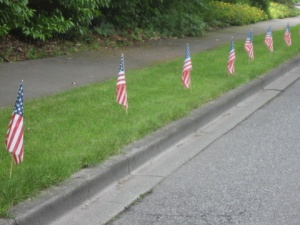 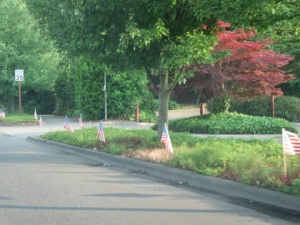 Thanks to the patriotic, unemployed people who must have set up these flags.

Now, the fireworks. By this post’s title I don’t mean to imply that those who stay on the Island for fireworks are lazy. There are lots of reasons you may not want to go far: you have small children, you’re wary of explosives in large crowds; or, like us, you’re lazy.

Our best bet seems to be Bellevue’s fireworks in Downtown Park, right across the short part of the lake. Luther Burbank Park’s probably your best bet. On South Island, you might be able to see the show at Coulon Park in Renton. You may be able to see them from Clark Beach Park, but I’m not sure. If you’ve got a killer view to the North, you may even be able to see over Medina to Kirkland’s Marina Park. There’s a list of local fireworks locations in Redfin’s Seattle Sweet Digs blog, if you do care to venture out.

But it’s my first 4th of July here. A question for you longitme residents: where’s the best place to watch the fireworks?

And here’s some early summer flowers, hoping the sun stays out for tomorrow. 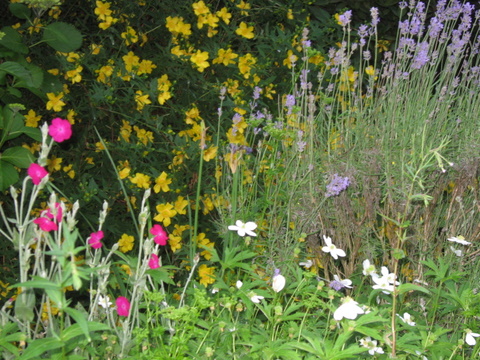 Update: Unless you have a view from your house, you can’t watch the fireworks on Mercer Island. It’s not allowed. Tell the City Council: that’s just plain crazy.

The Flowers are Confused

Spring weather in February confuses the flowers. It was a beautiful weekend.

Here are the Olympic Mountains from the top of Island Crest Way around 40th. 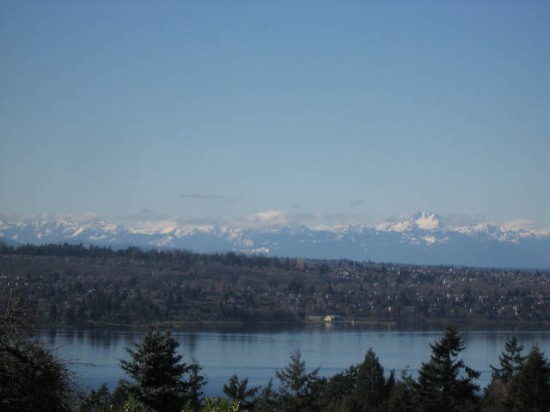 The weather’s nice for lounging in the garden, if you don’t have a job: 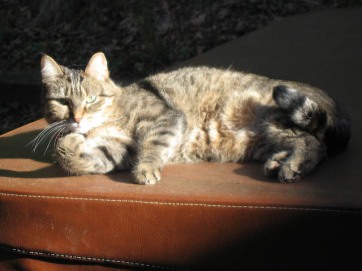