Thanks to commenter Barbara Halliday, who let me know about a project to renovate our library and the response by a group of concerned citizens. Before I get into any specifics, why don’t you judge for yourself. Here’s the Library today: 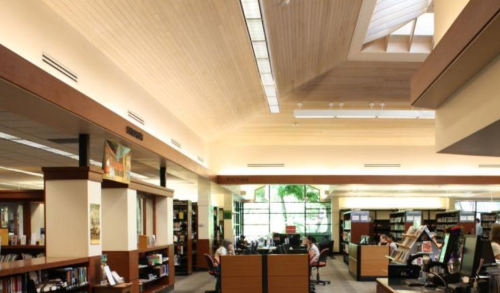 And this is the Library tomorrow? 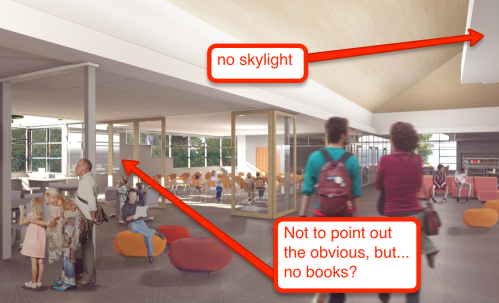 A few of the major differences:

To that latter point, the response of the citizens’ group struck me: “The issue with furniture and finishes is not darker wood, but having a warm, and friendly home-like atmosphere, not a bright, very light atmosphere similar to airport terminals.”

I moved here about 6 years ago now. I was– and am– pleased at what a comfortable and attractive library we have. It’s got great windows and nice spaces for sitting. It’s not the biggest library, but it’s got stacks of books, like a library should.

I agree with the citizens’ group that this overhaul is not only not necessary, it’s out of character and will leave us with a worse library. The group advocates that we meet current shortcomings, in particular Americans with Disabilities Act (ADA) requirements, with a reconfiguration that stays in character with Mercer Island. It’s at least worth looking at.

Time to Vote for the School Bond and Levy

Last April voters rejected a school bond to replace buildings and buy new land for a 4th elementary school. There’s a new, scaled-back bond and levy on the ballot.

Mercer Island schools are overcrowded and some of the facilities are outdated. One of this community’s strongest values is education and voting for the bond and levy is a good way to show that. If the need itself doesn’t convince you, consider that federal funds don’t come close to paying for education.

And if you really don’t care about education at all, just vote for your home value. There’s a strong correlation between quality of public schools and home prices. The data shows correlation, not causality, but maybe we shouldn’t test that.

WHAT WOULD THE BOND PAY FOR? 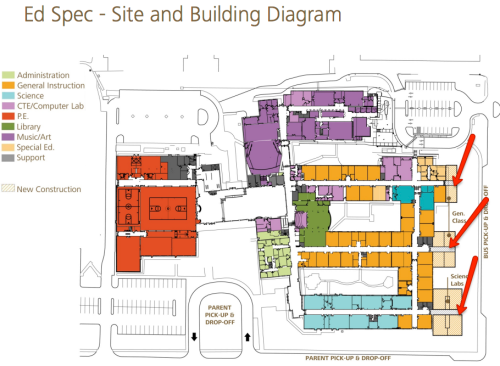 WHAT WOULD THE LEVY PAY FOR?

General maintenance and 26% of the operating budget of the schools.

WHAT DOES THE FOX SAY?

The Fox says get out and vote, already! I mean mail your ballots so that they are postmarked by Feb. 11.

Distinctive Mercer Island Home to Go Under for Subdivision

Most houses don’t have a website. Mine doesn’t. But The Coval House does. It’s an old homestead on 5 acres near Luther Burbank Park. According to the site, “There are four enduring qualities that the Covals held in highest regard: a passion for natural materials, an honesty and excellence in workmanship, a reverence for the past, and a desire for the understated.”

The Mercer Island Reporter has reported that the home, orchard, and rest of the grounds will go under for 18 homes after the owners failed to sell it. The Reporter included the plans and did a nice job of being objective.

Luckily, I don’t have to be objective. It’s a damn shame that a beautifully built and maintained house is going to go down. This isn’t about density or affordability. It’s about losing a distinctive piece of Seattle history to mega mansions. Look at the plat plan in the Reporter article– the homes are on top of each other.

If you went to the Mohia’s Celluloid Seattle exhibit, you saw a lot of before-and-after of great theaters in Seattle. Some are heartbreaking, like this one: 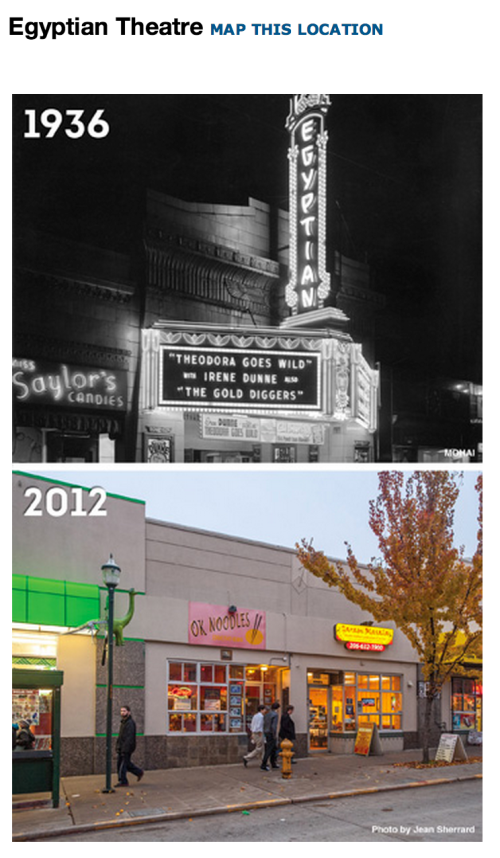 To me this project is our equivalent of knocking down a theater house for a noodle joint in a strip mall.
2014: 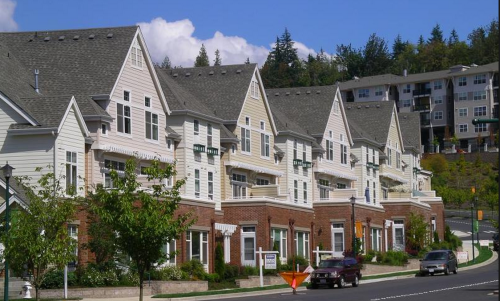 Unfortunately, right now a rant is all I got. Except an appeal to the planning commission at their Jan 15 meeting: don’t let this happen.

Hope you just enjoyed a nice Thanksgiving at home and not out shopping!. It was bad enough when Friday, Saturday and Sunday of Thanksgiving weekend became about shopping, but staffing shifts on Thanksgiving is pretty low.

End of rant. If you are planning to shop sometime this weekend, think about Mercer Island stores. But I’d encourage you to skip Friday and shop local on Saturday.

This is by far the best shopping on Mercer Island, Aside from books, games and kid toys, there are also some jewelry and other craft items. I usually do a bunch of my holiday shopping here. 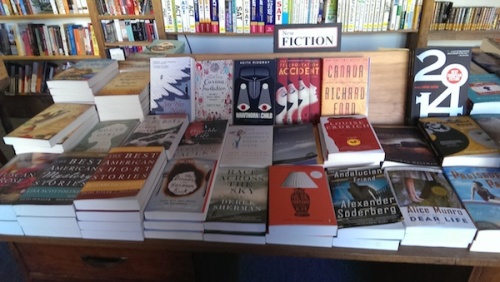 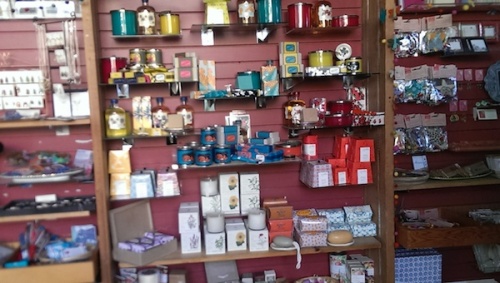 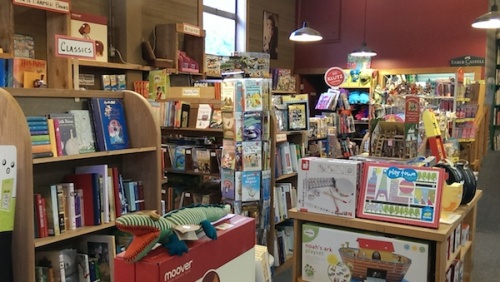 Terra Bella has a bunch of candles and home items,

and they just opened a holiday shop next door: 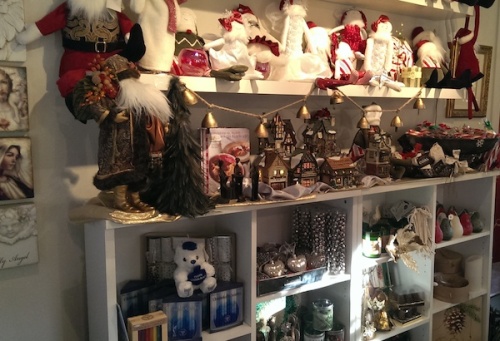 Stopsky’s has a bunch of tasty food items for the foodie in your life. 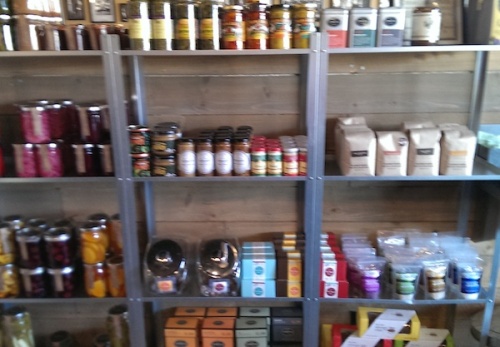 As well as pastries: 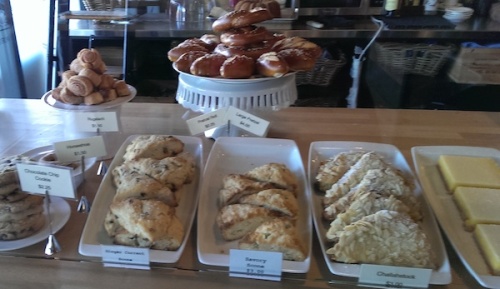 And if you do go off-Island, consider where with this handy post on shopping neighborhoods near the MI.

Did I miss any? Add your favorite MI shop in the comments.

On Sunday the Mercer Island Farmers Market did its special pre-Thanksgiving holiday market. A beautiful day for it:

There were some new booths, including arts and crafts with nice gift ideas.

And some good food. In addition to the pizza and the veggie quesadillas that they usually have, Skillet made an appearance: 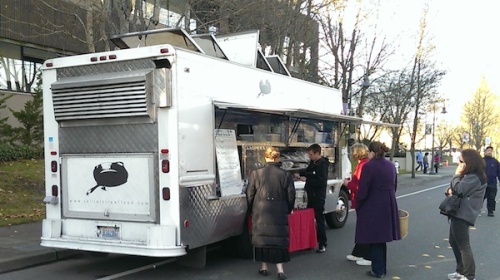 Want to make it out to another one? You’ll have to wait til spring. Follow the Mercer Island Farmers Market website or Facebook page. By the way, they are applying for beer and wine tasting license. Should be some great new vendors next year.

Yesterday’s Opening of the New Dragon at Island Crest Park

Yesterday was the ribbon-cutting on the new dragon at Deane Children’s park. 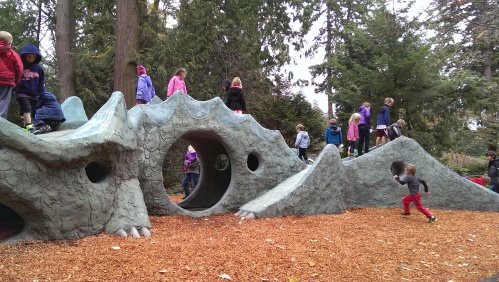 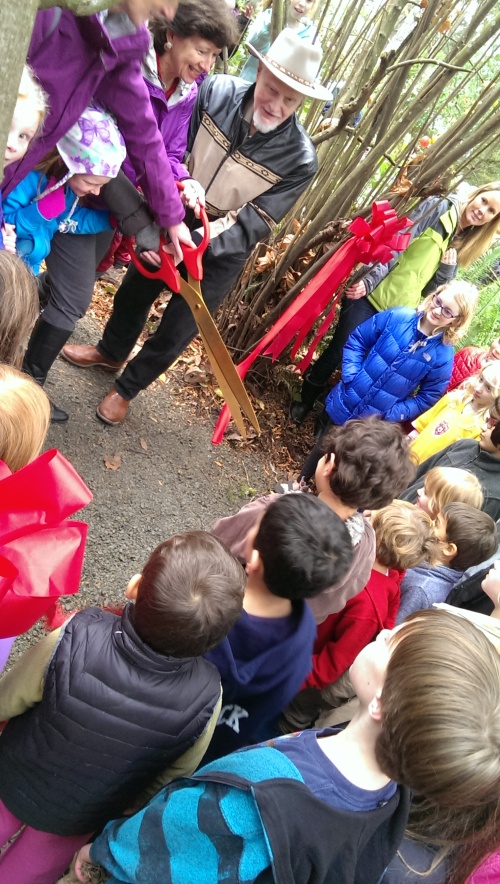 The old dragon was much-loved but 50 years old. The celebration included an interview with the artist, Kenton Pies, also the artist of the original dragon:

The music lady Nancy Stewart was there with a new song for the occasion: 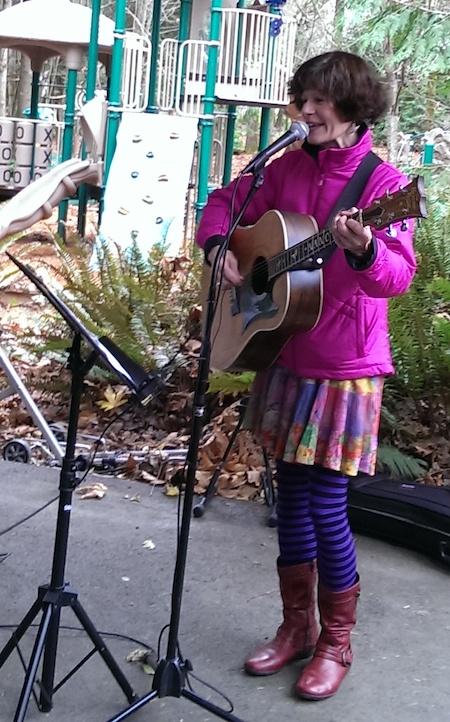 Lots of folks turned out, and the kids knew what to do at the playground. 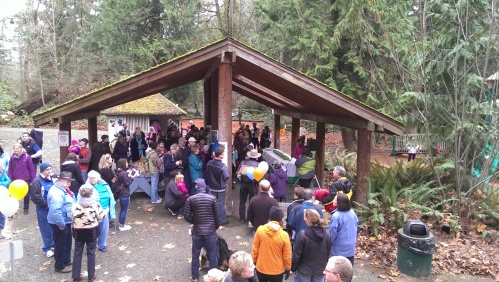 More on the project, including photos of building this dragon and the original dragon, on the Mercer Island Parks website.

It’s been an interesting last few years in the Mercer Island real estate market. As it turns out, I’ve tracked it for long enough that I have a nice little database of six years of data, which shows how prices fell through 2011 and 2012 and have only recently began to pick up. 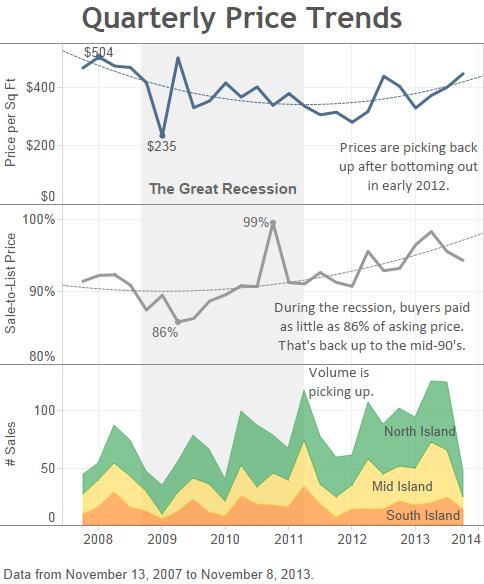 The first chart is average price per square foot, which is basically the price taking into account the size of the house. Clearly prices hit a bottom in 2011-2012 and are slowly climbing out.

Also interesting is the second chart, which is the amount that buyers have to pay relative to what sellers ask. Sale-to-list price hit their low at 86% in 2009 and has now rebounded to the mid-90’s. Lower sale-to-list prices signal a weaker market.

And finally, in the last chart above you can see that the number of home sales has also picked up since a low in 2009.

What’s the punchline? The Great Recession seems to be losing its hold on the market, if slowly. Volume, prices and sale-to-list prices are all picking up at the same time.

Let’s look at the last six years another way, by neighborhood: 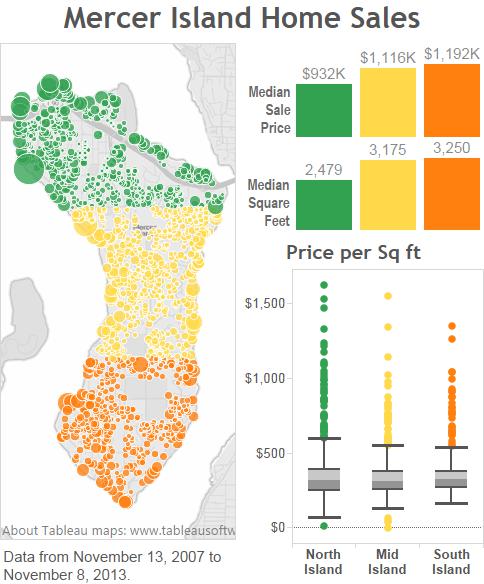 On the left we see all home sales plotted on a map with the size showing sale price. Clearly some of the mansions around the edge of the Island are the big whales, selling for $10 million and up.

What’s most interesting here are neighborhood differences. The median sale price is higher as you go south, but the houses tend to be larger too. The boxplot in the lower right shows that North Island has the most diversity in home size, the median price per square foot is quite similar up and down the island.

These charts are made using Tableau, which is also where I work. You can find interactive versions with all the data here. 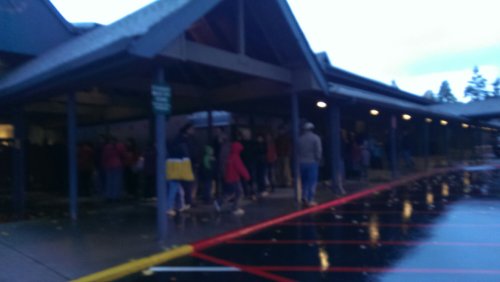 We have a gem of a bookstore here on the Island. Island Books has been around for 40 years, and this Saturday they’re inviting everyone over from 3 to 5 pm for pie to celebrate: 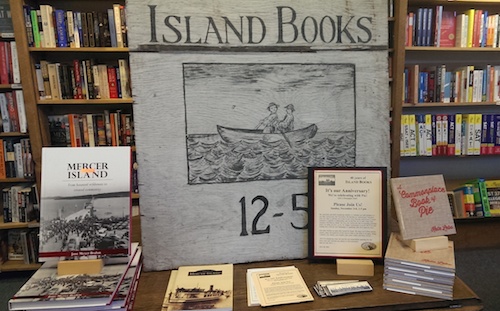 On Our Ballot: City Council

The political signs are up along Island Crest, which can only mean one thing: election season. Here’s a guide to the City Council race. The other local positions are on the School Board, which we’ll get to in the coming weeks. 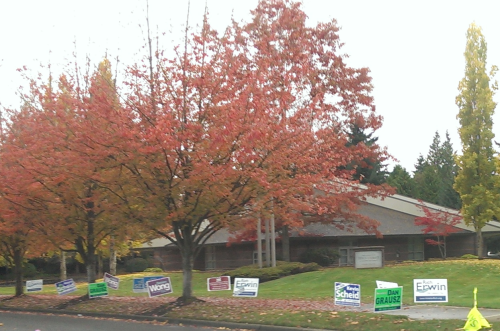 As a reminder, in this blog we cover only local news and local races, or larger races that relate to Mercer Island. 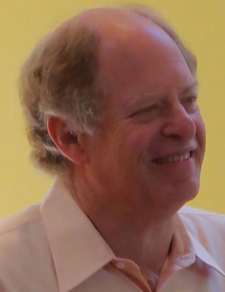 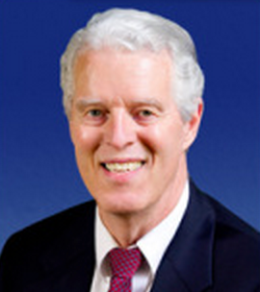 Now this is an interesting one. Dan Grausz is a longtime veteran of the council. Kevin Scheid is a very involved resident (who celebrated his 38th anniversary at Island Crest Way and 40th on Friday). They both talk about I-90 tolling and a vibrant downtown as major issues. Both are against tolling and for, well, vibrancy in downtown. So what’s the difference?

In I-90 tolling, it seems to be the level of compromise and negotiation. Kevin Scheid has a stark view: agree to no tolling whatsoever. Dan Grausz seems more in favor of negotiating as a way to fight the toll.

The Mercer Island Reported endorsed Grausz, saying “His opponent says that any sort of compromise regarding tolling is wrong. Yet, Mr. Grausz has demonstrated that he knows how and when to negotiate. He weighs what is best for Islanders in the face of change or circumstance that may or may not be welcome, but always inevitable.”

On this issue the best I can tell is that Dan favors building a residential and retail community: “I do not want to see only professional offices in our buildings that turn our Town Center into an empty cavern at nights and on weekends. ”

Kevin wants office buildings that will pay more taxes (“Future development needs to contribute its fair share of infrastructure costs“). Their sites are all in political code though so I may be wrong.

Council Position No. 4: Tana Senn or… someone else 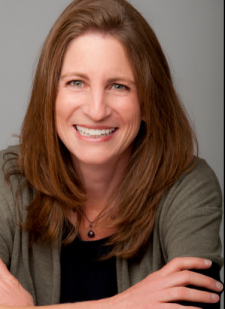 Tana Senn is running unopposed for the fourth position. Tana joined the City Council in 2012 and has since been elected by the King County Council to as the 41st District State Representative, replacing Marcie Maxwell after she moved on to state government, according to The Mercer Island Reporter. 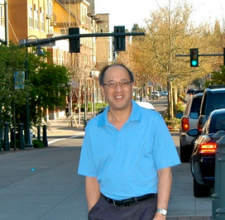 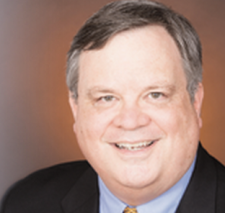 Benson Wong is interesting. He’s got a long history of service on the Island, which counts for a lot. Like all the candidates, he’s against I-90 tolling, for a good downtown and great schools. But he actually points out some things he would do, like push for full implementation of the recommendations of the Sustainability Task Force and support the upcoming school bond. That’s refreshing.

Rich Erwin seems like a nice guy but it’s hard to figure out what he would actually support. Benson Wong seems the better candidate.

Next up is a review of the School Board candidates on the ballot in November. Watch this space…